Thoughts on Conservatism and Progressivism

I’ve been reading a new book called Does God Make a Difference? Taking Religion Seriously in our Schools and Universities. Though I’m only halfway through, the message is rather inspiring for the advancement of liberal free education. Initially when I started the book, I was confronted with reservations about Nord’s thesis that religion needs to be taught as live, viable options to cultivate a comprehensive understanding of worldviews around the world.  The book was spurred on by the secularization thesis, which was posited during the 60s, that eventually the idea of “God” would become marginalized to the point of irrelevance. Nord’s thesis contends that the secularization hypothesis has been thoroughly nullified due to the increase in spirituality around the world. You might have noticed my use of the word “liberal free” education. This is in reference to Nord’s distinguishing between two schools of thought that provide the backbone of western education: Liberal Arts education and Liberal Free education.  The two schools underscore the advancement of what we would recognize today as progressive and conservative arts education. Isocrates (I believe this is the man Nord references, though I have had some beers and the book is still at the office) understood the importance of classics and their value to education. This would be reflected in earlier schooling models when students would learn Greek and Latin, girding their education with the cornerstones of Western philosophy and epistemology.  (It would be akin to studying drama and emphasizing the importance of classical acting methodology, replete with Shakespeare and Greek classics over more modern, experimental acting models like method acting.) Liberal Free, the second of the two is emphasized by Socrates, who argued that uncertainty in self-knowledge compels the individual to continually learn and reform their education; hence the progressive tone.
All this talk in Nord’s book got me thinking about the difference in conservatism and progressivism. 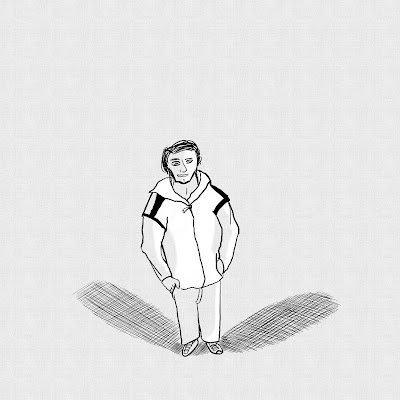 The US election this year is very chaotic. Much of the conflict has been poured out on the existential meaning of America. (As in the 50 territories that constitute the United States of America.) The two party system, a broken system in my opinion, has created a cultural divide across the US between two very unrealistic extremes: Conservatism and Progressivism. There are many touting the return to a greatness of America. This is vague and needs definition. What made America great exactly? America is the product of political experimentation. It is constantly changing, reforming to compliment the current state of affairs. The contrarian voice in this is that of Progressivism, which was the zeitgeist of the 1890’s to the 1910s. Teddy Roosevelt ran on a platform of social reform to improve the quality of American lives in the workplace and at home, and bolstered America’s presence on the world scale. (By invading Cuba and building the Panama Canal.) Progressivism works by momentum. (America was sick of the rampant political corruption of the post-Civil War period.) Consequently, it is paralyzed by inactivity and the quagmire of modern American politics. Progressivism only works so far as the freshness of its ideals. Progressivism and Conservatism both lack a full solution to social and political issues in the modern day.
I covet my identity as a political moderate. I think that it helps me see with steady eyes. When the past is worshiped with such ferocity, impregnated with nostalgic pandering, we are waging a hopeless battle to live in the past and not be forward thinking and anticipatory. It is better to understand the past so that it will inform our future. There are great lessons to learn from classical literature. The foundation of Western Civilization is important and the specters of Classical Learning still haunt us. There is value in understanding where we come from. Humanity is static in its desires. We really haven’t changed much in the last 10,000 years. Men and Women to this day love and kill. They are proud and arrogant. They fight for what they love and appeal to others to join them on crusades against enemies real and ideological. There is still plenty to encounter there.
My only issue with those that keep looking forward is that they unfairly caricature the past. Fresh ideas promise change but have no baseline to test against. There is also an assumption of positivism, that progressivism is fundamentally idealistic. Idealism lays the path for change, but it does not establish it. Establishing change requires brokering deals and compromise. Change also takes time and thoughtful execution. I am not surprised at all that Obama Care did not do what it intended. A government funded health plan works only so much as the people are willing to pay into it and our reticence to adopt a Northern European healthcare model underscores the painful reality that our economy thrives on selfishness. Consequently, we are also not Northern Europeans, or possess the requisite cultural beliefs that are unique to their Socialist States. Perhaps a slow, continual movement towards that ideology would bring more fruitful changes?
I am not convinced that voting for Hilary Clinton will bring about the revolutionary Golden Age that we envision. Every hopeful presidency begins with the promise of some form of political activism or Executive strong-arming. But I am certain that voting for Trump will usher in a dangerous new era of politics that will not overthrow the free world, to the extent predicted by the Huffington Post-esque outlets, but initiate a steady erosion of our already waning power. The line between conservatism and progressivism is now thin and collapsing due to the decrease in election ethics of either side. That is what I’ve noticed. Now, each side is an extreme and their proponents, extremists. Our only hope is a return to the fold of reasonable discussion. I would encourage my readers to read the news of foreign nations to gain a holistic and outside perspective of our country’s shenanigans. Even if the news is churned out by propagandists, supposing that we as readers have the acumen for sorting out truth from fiction, it is all worthwhile to ingest, even if we have to hold our noses. Food for thought.
Now, if you’ll excuse me, I need to read up what I’m going to vote on tomorrow.


XOX
Posted by StuartTheAuthor at 7:11 PM