"In Observance of Space Time" - An Original Short By Stuart Warren


Seems like everyone is doing a video with DeepFake these days: a technology that allows the over laying of a digital face onto a real body. (But of course you know that.) It made me think, “why not a DeepFake for reality?” Once we know the ingredients of the universe, what’s to stop us from baking? 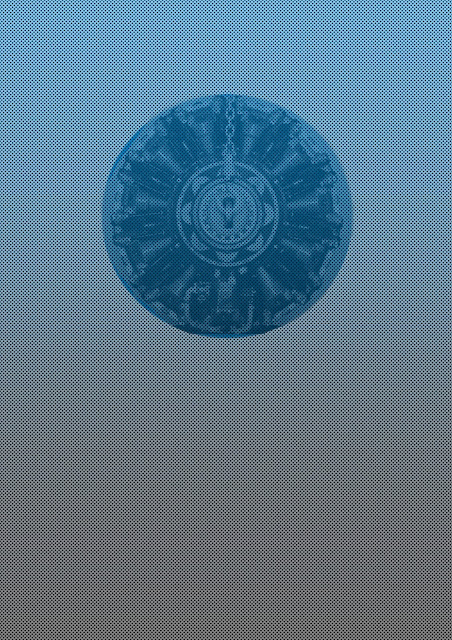 In downtown Santa Barbara, in the Neon District by the train tracks, venture capitalists gather at a coffee stained countertop, cramped with cracked cell phones and money clips. Across from them a haggard grad student in a threadbare T-shirt—once red, now pink, perforated around the neckline—types into a simulator awash in cyberpunk highlights. He’s about to change the world.

It couldn’t be possible, even in Frazetta-scaped science fiction rags, they said. The universe is made of strings, infinitesimal and taught with reality. One needs only to equalize the frequencies, mix spectrums across the dimensions, and you can be an astronaut-ballerina, that puts out fires and has x-ray vision. For one hundred million dollars and change, pocket dimensions fit in your coffee tin, palmed like a silver dollar populated with sentient life.

Madeline is on her way into the office, lying on a pristine private beach in French Indonesia. On her customized planet, orbiting three suns at the edge of the galaxy she named “M-243”—M for Madeline—she is the majority shareholder of Fabian Micro Technologies. She is experimenting product rollouts there, and in sixteen other dimensions to predict Fall projections. Platinum lily sells better in the Asian markets. Chrome olive didn’t test well in QA due to poor color retention.

Thugnanimous is at a golf resort with his menagerie of publicists and promoters. In the hotel sitting room, a pound of cocaine is being haggled over. Out on the impossible green—an emerald island outside of Phoenix—his girlfriend is training for the US Women’s Open. Far away from his lawn chair perched on the deck, he is a child, running across a beach with his father (who stayed) and his brother (who wasn’t killed in a drive by shooting when he was 3 years old). Afterward, they are going to get ice cream in Cardiff, and then drive back to Carlsbad.

Despite the personal testimonials by tech moguls and pharmaceutical companies, the premier success of DeepReality™, as reported by the New York Times, is the testbed of constitutional reboots and experimental politics. “Despots, 39% of the time, avert ecological catastrophe by implementing climate change policies at the onset of the industrial revolution, whereas democratic socialists have a mean of 85 years before open hostilities between constitution adopters and anarchists erupt into full-scale genocide. ‘DeepReality™ succeeds where all speculative fiction and philosophy fails,’ said the company founder, Horus Cort. ‘It’s the ultimate thought experiment, the wet dream of R and D firms everywhere…’ When asked about the controversy over the sentience and preservation of life within these fabricated dimensions, representatives for Cort declined to comment.”

There is no actual way to escape into the facsimile realms, according to experts hired by the DeepReality™ Board of Directors. Despite the advancement of aggressive bacterial strains, overpopulation, and radioactive contamination, “We are here to stay. This is our world to fix, not to escape and do it all over again.” Outside the DeepReality campus protesters wear lead lined ponchos and pound the gates ineffectually. Horus’s son is escorted by military contractors to and from school. Melanie Cort is putting flowers on her parent’s grave at Hollywood Forever. Within minutes they shrivel and boil like salted snails. She is thinking about her husband, and his dirty secret.

By the time the last leaf falls on to the polonium caked earth, Osmund Cort, steps into his private projector with his girlfriend, never looking back. The sky is oily and metallic. The air is phosphorescent. Vacant skyscrapers covered in ash stand silent, their skeletal remnants melting together on the horizon like Lovecraftian horrors. Here, on Earth Prime, not even the cockroaches survived.

Posted by StuartTheAuthor at 10:07 AM No comments: