Usually people look at me when I’m having a panic attack and as me, “why are you nervous?” And, as I pause between labored breaths, I am drowning like a fish out of water. I hear that fucking question so many times that I makes me want to scream, but my collapsed lungs have no air to offer even a whisper.

This all started a few years ago in 2013. I was, before my first episode, a very productive person. My personality then was very outgoing, very active. I was a typical “go-getter.” But then the attacks started, and my period of work dwindled from hours a day to short bursts of maybe 30-45 minutes worth of real work.

Now I’m a dad. Between my new duty of raising my daughter and writing my books, I have little time now to pursue my original levels of productivity. Simply put: I don’t write as much, so you won’t be seeing me posting three times a week.

But the content is better. I find myself planning my projects with greater care, investing more time into making my plots flow better. At the risk of writing without a net (without any idea particular story in mind), I sit on my posts and shorts, hoping that subsequent attempts will yield a robust result. This works to a degree. There are stories that circulate over the web about laboring artists that will agonize over dozens of drafts, which I feel is a waste of time. My limit is three: first draft attempt, second draft re-write from notes, and the final third draft where I choose one aspect about my story and redo it. Taking the extra time to really rack my brain over a concept has solidified this style I’ve chosen for myself.

Now I’m a dad. It bears repeating. I’m still in shock over the transition. The presence of this, thing, in my living room that demands my life, my soul, I’ve never felt this before. My daughter Eowyn cries because she doesn’t understand the world that she now indwells. It’s not wet or dark, warm and tight. Everything is so open and vast, an echo chamber that she cries out against and hears nothing in return. It’s difficult to imagine what it’s like to be a blank slate.

Stress, work, baby: my new life, some tell me. There is a Mormon that I work with that insists that my life is over, only using colorful, inoffensive language extracted from a threadbare flannel board from the mid-80s. I already struggle with being pessimistic and incorrigible. Insisting that my life is going to change, bear baiting my dreams and hobbies with the burden of childrearing is downright nauseating. I knew what I was fucking getting in to when I decided with my wife that we wanted to have children. It’s not as if I was ignorant of the changes I was going to face. I welcome this brave new world I have entered, for better or worse. It’s high time I was forced to get over my depression and anxiety to serve another. It’s high time I saw myself through the eyes of another. To see myself carried in the arms of God, crying, lamenting at this hard life I endure every day. The perspective is awe inspiring. Like most prospective parents, I am eager to right all the wrongs of my childhood, to be a “cool” dad. Far more fascinating, in a grim sort of way, will be discovering my own pretensions that I will impose unfairly. Relying on my daughter to understand my own faults, that is the gift of parenting.

I love you Eowyn, my Delightful Charger. 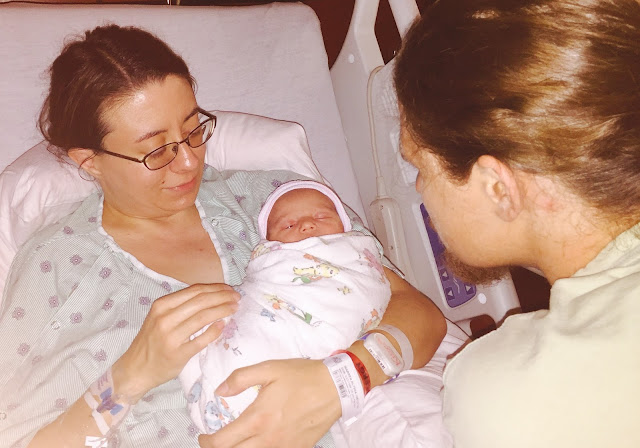 My book’s first draft is complete and I’ve sent it to my trusted advisors for their notes and insight. This is a common practice, one that I had only recently heard of and embraced by accident when I gave my first book to my good friend Desmond. He proceeded to shit all over my book. That sounds bad, but it wasn’t. It was eye opening. Everyone should be subjected to criticism, even if you’re fucking James Joyce.

I get these moments that come and go. Fleeting ideas that condense and then dissipate like morning mist in the desert. I like writing about these but I don’t, because they are rants. And no one wants to read that shit. Most of the time I think about them because I’m mad at something, or someone. Or, I am sitting alone and recounting the day’s events and considering the slights that I received and then avenge myself by articulating these brisk and colorful responses.

Something that has always bothered me is the concept of white guilt. Let me preface this by affirming that there is a deep need to reassess the social and economic damage that Americans have inflicted upon indigenous people. We owe the descendants of slaves, the victims of failed Reconstruction era politics, a fighting chance to compete and receive the education they deserve. I can go on, but it would detract from the point I want to make.

Like all things, the narrative of prejudice is hopelessly complex. Let me summarize: Realistic conflict theory, as demonstrated by the Robbers’ Cave Study. I find this study fascinating, mostly for the confirmation bias it offers me in my spiritual views on the nature of humans. The experimental model of the study is rudimentary, and lacking in the sophistication of modern psychological studies that attempt to account for extraneous variables, and deploy methodologies that curb all manners and sorts of bias. Still, I think it demonstrates a tendency for prejudice to occur as a byproduct of social, political, economic, and existential tension. And I suppose what bothers me so much about this concept of white guilt is that the narrative is embedded in western civilization, largely ignoring the social narratives of other cultures where there was a demonstrable presence of ingroup/outgroup prejudice. We only ignore it because we don’t wish to make the investment of investigating the “oriental,” the “other,” and bridge the gaps we make between western civilization and the myriad expressions of humanity.

In High School, I knew a “feminist.” We are decent friends today, Facebook friends (for what it’s worth), and our contact is cordial and mutually beneficial. But it’s interesting how our relationship evolved over prolonged periods of antagonism (mostly because, at the time, I had a crush on her). She would make these outrageous, though not misplaced, claims that because I had a dick, I had wronged her, which seemed a bit harsh, granted that I had never done anything to her. It was classic “guilt-by-association.” Nevertheless, it is wrong to pay a woman less than a man because of their sex. It is wrong to view a woman as not capable of arising to the occasional “manly” deed, mostly because men and women offer mutual benefits to working together in synchronicity. It seems disingenuous, if not hypocritical, to hoist one’s self onto a banner of moral superiority and commit the same crime: devaluing someone because of their genitalia. And the same is true of “race,” which is a bit overstated, as we are all homo sapiens.

To further my point, over the last few months I binge-watched Star Trek: The Next Generation, which was a science fiction television show flexing its intellectual muscles in the late 80s and early 90s. In all seven seasons were captured hypothetical arguments and debate over the preoccupation with Cold War paranoia and interracial conflict – magnificent and worthy pursuits all. I enjoyed the show for its rampant, albeit unintentional, embrace of Globalism, sundering conflict and quieting planetary squabbles under the pretense of dissident races joining the Federation of Planets. It teaches us about the worthiness of our ethnic values, while at the same time devaluing them because they innately encourage the very realistic conflict theory studied by Muzafer Sherif. All ethnicities are, in the end, are artificial divisions based on superficial expressions. To be “enlightened” is to, instead, join hands toward a common goal, and cease the perpetual blame game that has progressed into the 21st century. This is all the ad absurdum reductionism that I could glean from the show, whether they would like to acknowledge it or not.

The issue of white guilt that I have is the caveat of its proposition. I myself have never enslaved a human being or devalued one based on its sex, ethnicity, social tier, or religion. Yet I am devalued based on the assumption that my default predilections are innately sinister. Were I a Martian, living on mars with other Martians, with red skin, and there was an equally powerful group of green-skinned Martians, and we were at each other’s throats for our superficial differences, it would seem very silly to us, but it would make sense to Muzafer Sherif. He would watch us from afar taking field notes in a dust stained moleskin about our petty disputes over limited resources. And, suppose, that I am wrong, and there is no God, I have only just described the very basic principles of evolutionary biology, in which a dominant group supplants another because of their supremacy in means and resources. So I am at a precipice, a crossroads. I have the opportunity to believe that racism is as natural as Realistic Conflict Theory, but I won’t because that’s fucking stupid and we have a choice. We have always had a choice. I believe, wholeheartedly so, that this is who we are when we are blinded by our own egos. But I reject it as the definitive mode in how we operate.
Posted by StuartTheAuthor at 2:08 PM No comments: