I had a thought while driving back to the office today after lunch. (My wife and I share one car, so we trade on our lunches.) Philosophers were people, just like you and I. Why are they such a fucking big deal? 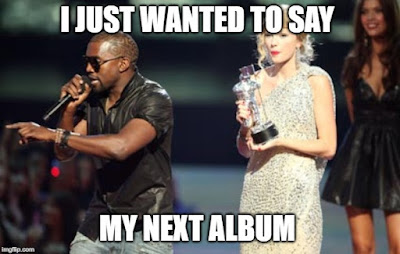 “20% of what Philosophers say is true, the other 80% is bullshit,” is what my friend Desmond says, and it’s not a bad maxim to live by, considering the branding that certain philosophers (or authors) exude over the course of their tenure—Grant Morrison is convinced that he was abducted by aliens from the 4th dimension in Kathmandu, an experience which has begotten the best cosmology and world building to date within the DC Universe.

And this really isn’t about philosophers specifically. It’s more of a credibility kind of thing. The words we speak, how they impact people, whether they endure beyond our close circle of friends or disseminate into the ether of pop-culture and beyond. I imagine that, throughout life, the layman and learned alike are told that philosophers and other influencers of culture are these larger than life figures. I’m often guilty of this. See below: 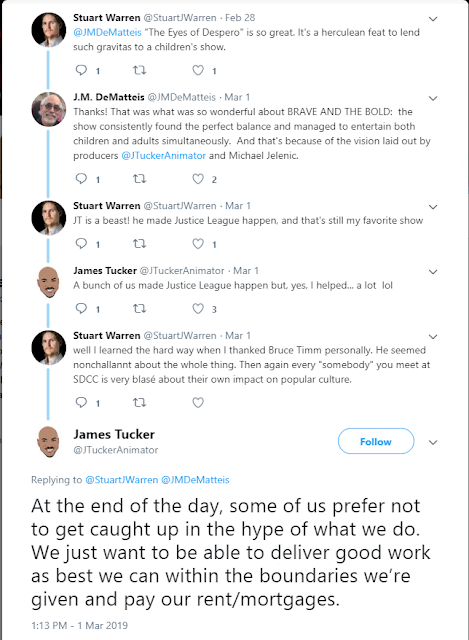 I admit I was angry at first. I mean take the fucking compliment, guy. But on further reflection, this appears to be the case, regardless of the critical distance that is maintained to allow some appreciation of accomplishment. Behind the storyboards, folios, and canvases are just normal, flesh-and-blood people. We know those we love (artistically) aren’t gods because Jack Kirby and Ronnie James Dio are dead. (Though their influences are legion in their respective industries.)

Many work to make a living. Very few get to make art, without feeling like they are “working.” Dante for example was one of the few authors in human history to experience the joy and legacy of his work within his own lifetime. For everyone else that enjoys, possible, posthumous fame, I think this is the case because of nostalgia.

Consider, for a moment, that in Hellenist Greece ideas were weighed with greater contemporary influence than they are in the modern era. There were forums back then specifically for debate and intellectual pursuits, because it was what their culture valued. Today (the "modern" world, which could span from the Renaissance to now) this isn’t the case, and philosophy has been relegated to a niche occupied by idealists, shutins, and professors. Philosophy is valued because of the nostalgia for the era in which those ideas were conceived. This can be the only explanation for why many philosophers never enjoyed their due in life.

After all, death amplifies of appreciation. The sense of loss and catharsis brought on by death naturally magnifies the value of someone’s life work as we, the bereaved, try to come to terms with what has happened. So the issue of critical distance makes sense in this case. We can’t, personally speaking, appreciate what we are offering because of the limit imposed by our own vantage point. When we try to do this, the only foreseeable outcome is looking like a giant piece of shit (a la Kanye West).

So, at least for now, fame shouldn’t get to our heads. Not until there are worms in them, at least.

Enraged, curious, stimulated by what you just read?! Comment below! Let's talk about it!
Posted by StuartTheAuthor at 7:54 AM No comments:

I used to write these little, 100 word stories (or at least what was small enough to fit in a twitter post).

I miss doing that.

One of my lifelong dreams is to write comics, someday. And while every Joe Schmo says, "Hey, I can do it!" I can't even begin to imagine the labor involved, having to come up with a story every month, and communicate full time with the art team to make it happen. And, on top of all that, continuing the story in perpetuity... These aren't quite that, but I'd like to say they are seeds for the stories that I wish were told in comics.

Shazam!
The lightning he had was now gone. A dark, damp road lay ahead, the switchback driveway to Fawcett University that he drove every day to school from the radio station. Running ads for supervillains and their daytime talk shows. On his television, game show sets plastered with luminous chrome confetti ran re-runs. Joker’s Last Laugh will leave you screaming for more!

In his rear-view mirror, Billy saw the Captain in the back seat, smiling confidently, immaculate white teeth reflecting the orange glow of the Sivana Model Z dashboard.

“Just say it Billy, one word. And everything will be fine again.”

Superman
Three weeks of chemo and six doctor visits later, the news broke. And the man, allegedly made of steel, buckled under the weight of the poor prognosis. It was, as he feared, the reality of life and how fragile we are. Wisps of smoke from an extinguished match.

She lay there with translucent skin, jaundiced, weakly typing a column.

I could have seen it early, he thought. But that’s not true. J’onn was clear on that.

What do you give to the man who has everything, when he has nothing left?

But a cure was possible. He could still hope.

The Flash
How does it start, Wally?”

“There’s a thought in my head, racing faster than I can control it, until it’s all I’m thinking about. I don’t like to even talk about it because I’m afraid it will trigger an episode, you know?

“Have you ever wondered if it was worth it? What we do?”

“I can outrun anything… by dying? I’m afraid of dying, J’onn. Oh god…”

Darkseid
A good death. That, above all things, is my greatest gift.  Yet, even after discovering the Anti-Life Equation, defeating my foes, vanquishing my own son, the throngs of Hunger Dogs cast before me leave me… unindustrious.

My faith is just and pure. And as my subjects embraced oblivion for my cause against New Genesis, I too gained faith. And all make pilgrimage.

A war with the Kryptonian’s rebels is petty in comparison to what lies beyond the Source Wall. I have made parley with this new paradigm and absolute power. And so, when my worship concludes, it will be mine.

Posted by StuartTheAuthor at 11:27 AM No comments: