One of the most difficult things about writing a book is taking a good idea (your elevator pitch) and stretching it out to 150,000 words.

No one is ever going to have every conversation meticulously planned out for every character/chapter, or have a concrete layout of their world from the beginning. That's impossible. Only John Milton did it, but he was nearly blind, which doesn't leave a lot of time to do things other than just sit and think.

To demonstrate my method I'm going to take a simple idea and stretch it out:

The above sounds a lot like a very familiar movie, sure. Mr. Smith's idyllic journey from his altruistic beginnings to the withering and corrupting ecosystem that is Washington DC is, in fact, a fairly archetypal story. The everyman has ambition, journey's out of his comfort zone, becomes disillusioned, confronts his disillusionment, and then grows from the experience. But how do you stretch it out?

Most people trying to write a book have a good idea of where they want to go. For instance, with the above, I have a couple of scenes in mind that could go into the story. But what goes in between?

Every book needs a basic outline.

I make three sentence summaries for each chapter. This allows me to explore the entire plot, very quickly, without too much effort. For example, assuming this book has 10 chapters, this is what I would do:

I wrote the above in less than an half hour, but I was able to create a story from it. That's what matters. After all, we don't live forever.

Forget What You Saw Here

While the above is useful for crafting a general idea of where the story will go, the above will drastically change over the course of the actual novel writing. New ideas, new characters, new plot devices will emerge, and directly conflict with the original outline. This, believe it or not, is totally fine.

So, assuming that I wanted to write this book, I would write my first chapter right away. But, before I do this, I will write an extended play by play of the chapter, consolidating the chapter into a series of beats (scenes) that will compose a story within a story. (Even chapters have their own flow and drama.) To demonstrate will randomly roll a ten sided dice. (Yes, I play Dungeons and Dragons... wanna' fight about it?)

For chapter 6, I originally laid out the first day of Mr. Smith in his freshman role. Assuming nothing has changed, before I write anything concrete, I would jot out a series of beats that I want to take place in the chapter:

The above is an example of what I would do when writing a chapter for the first time. Everything there constitutes a solid scene where I can explore the character and their motivations. This also helps to defeat writers' block because you have a road map for your narrative.

One thing about writing a chapter is that there will be varying levels of interest regarding each beat. Some you will feel are compulsory. Beat 3 of 10 is only there to move the plot along. Beat 6 of 10 is the sweet spot. Regardless of the context just shit it out. There are so many opportunities to expand upon previous sections during later drafts and revisions, so try not to dwell too heavily on these beats. Chances are, while writing a later chapter, you will want to come back to a previous chapter and re-write it to reflect a sudden epiphany.

If you have any comments or questions regarding the above, please hit me up in the comments below.
Posted by StuartTheAuthor at 8:14 PM No comments:

Before I begin I want to state very clearly that I do not approve of what Warren did (according to some of the women breaking their silence). This is meant to be for me, to vent, to try to make sense of all this.

Yesterday my wife walked up to me and showed me a breaking article that explained Warren Ellis was accused of sexual coercion. You can find that article here. I'm devastated. Even though I don't know Warren personally, earlier this year I embarked on a journey to read everything he's ever written. I've always really liked his work, from his amazing original series Transmetropolitan to his comprehensive representation of people of color and members of the LGBTQ community in The Authority, Trees, Injection, Global Frequency, and The Wildstorm. So it's with great sadness that I now confront this awkward situation. Obviously, my heart goes out to the women who were manipulated by Warren. My pain is a parody of theirs, by comparison. Situations like these also become more real when you have a daughter, and consider the future ahead of her.

How does one separate the author from the work? Writers are traditionally fucked up people. How could they be good writers, if they didn't have some kind of trauma that they were working through? I know, for instance, that Alan Moore is deeply moved by the occult. So much so that he wrote an entire series (Promethea) to explain how it works. Likewise, Grant Morrison is convinced that he was abducted by 4th dimensional aliens--after taking a bunch of psychotropic drugs, of course--and since experiencing that he has attempted to justify that experience by writing about it in superhero comics. Neil Gaiman? I think he just read a lot. Who knows?

I remember when Louie C.K. was also outed by the #metoo movement. I remember Sarah Silverman talking about how she felt betrayed and devastated by the news. That she was a close friend of Louie, and to find out was crushing. She explained that she, at the same time, loved Louie but also hated him for what he did. In a way, that's kind of how I feel.

With comics, things get even more complicated. I would argue that if writer X, makes Batman say Y, there is a degree of separation between the author and the work. Mostly because, with comics, the writer is becoming a mouth piece for a corporate property. This property is controlled by an editorial staff. A writer can't make Batman antisemitic or homophobic, because there are a team of editors in place to make sure that doesn't happen. (Though maybe Frank Millar is an exception to the rule?) So, when I read Warren Ellis, I hear Batman's voice. I see through the eyes of Spider Jerusalem. I listen to Midnighter's rants. I feel the electricity in Jenny Sparks' hands. I taste the dankness of the Venture space shuttle, after ten years of travel in deep space. And, regardless, of what Warren did, I feel those things. And his work has strengthened the medium of sequential art as a whole.

It's integral to my faith in Jesus Christ that people are inherently fucked. They have no hope of being good apart from Christ. Every act of good will, of sacrifice, can be linked back to the implicit self-interest of the individual. So why should I expect any different from Warren? Like every human that has ever existed, he has made bad decisions. He has been cruel, lustful, depraved, dishonest, and cowardly. I would hope that, after all of this, he can repent of his wrongdoings and seek forgiveness and restitution.

But I can't demand that. I just have to hope.


Posted by StuartTheAuthor at 11:13 AM No comments: 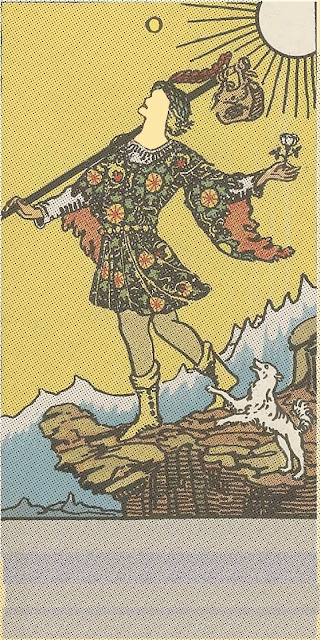 Jack was out and back into the world a half hour later, holding in his hands a provisional license to think in the State of Oklahoma. As he walked out to his car, he shuffled through his pockets, feeling for the familiar shape of his key fob. As he did, a blinking light on the seat caught his attention. The fob was laid out across a pile of junk mail and a half eaten energy bar.
“Is there such a thing that I don’t lock my keys in the car like some pedestrian simpleton?” Jack bemoaned. As he did, an identical fob took shape inside his clenched fist.
Jack grinned. “Imagine that.”
When he opened his hand the fob was half materialized through his knuckles.

Posted by StuartTheAuthor at 8:19 PM No comments: