Sometimes my ideas are ill conceived. (It can be difficult getting things down on paper and trying to formulate ideas.) And there are methods to avoid these endemic struggles with scribbly impotence. I once wrote a blog every Monday, Wednesday, and Friday, for almost 2 years. It was a worthwhile project, teaching the art of filling up the whiteness on command. (Sometimes you just need to get something down on paper, knowing damn well that you need to go back, erase everything, start anew.

The below are what I would call “micro ideas.” Or, as I want to call them… 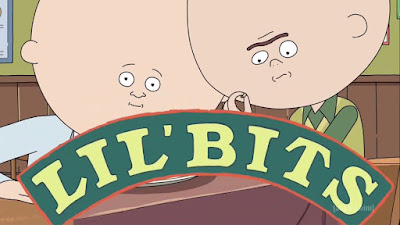 The Max Fleischer Superman cartoons remain one of my favorite works of animation to date. The entire series, much to my disappointment, remains digitally restored up to only standard definition. (Yes there’s a bluray out there, but it’s nothing but a digitally upscaled lie.) But even with the grain and distortion, the series is a triumph of film making for the innovations Fleisher brought to the table. 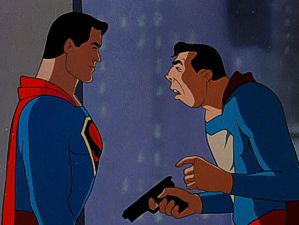 But more importantly are two key sequences (0:57-2:15 and 9:48-9:58) in the first episode—the FIRST time Superman was given motion and life—where we discover the world Superman lives in. The first clip depicts the origin story of the Man of Steel, where no mention of Martha and Jonathan Kent are made and his life in rural Kansas. Instead, the Kryptonians are already possessed with super abilities and Clark Kent is raised in an orphanage. The triumphant and hopeful music declares that Superman is a warrior for the people, for Truth and Justice, posing as a humble member of the press. Furthermore the sequence indicates that Fleisher’s Superman arrived very much under the same circumstances as many immigrants. (Fleeing from persecution and disaster.) The second clip is just a simple transition showing a sweeping countryside yielding to a vast urban environment. Realistically, we don’t get to see this very often in our own lives. Symbolically, Superman is returning from the pastoral fields and farmland to bring his ethos to the people of Metropolis.

It kills me, sometimes. I will be at work and I suddenly get a great idea for a story. When I get home I forget it, or simply lose momentum. For me, it’s difficult to jump into a story. There’s an inner monologue that is going. It shapes the way I think and lends momentum and immediacy to the narrative. Trying to recapture that train of thought is difficult, so one of the things I do is record ideas in a notepad on my iPhone. Ideally, I would record the idea and then the place where I am when I thought about it, but this doesn’t always happen. Either way, recording these in the moment helps to isolate and freeze that moment in time and then resume the train of thought that produced the story in the first place. Much of the “micro ideas” above and below were recorded this way.

Recognizing the hurt caused by church and community.

I’ve been there before. Being angry at other people, or being disillusioned when something that I bet so much on doesn’t pan out. For whatever reason, when religion plays a role in this, the hurt stings extra. What I never understood can be summed up in the following: person A befriends person B, but after some amount of time a rift develops, people say hurtful things, and the union is torn asunder. Subsequently, person A befriends person C, and it all starts over again—or doesn’t. People seem ready to trust people again, but not institutions. And I suspect this is due to familiarity. You can know a person more than an institution. By default, an institution is the sum of all its parts.

Richard Beck wrote a book titled Unclean (which I have yet to finish) that I feel describes the psychology of contamination and rejection in a very powerful way.  He describes hypothetical scenarios that are presented to individuals. One example was a situation where the viewer is placed in front of an Olympic sized swimming pool of fine wine. At the opposite end a beaker of urine is poured into the pool. The participant of the study is then asked, “would you drink out of the pool?” Many declined citing the contaminant in the pool, despite the scientific reasoning that it was physically impossible for the contaminant to travel quickly enough to comingle with the opposing side before one could drink.

Church/community/fellowship (I’m speaking now in the context of a faithful community of people that worship Christ, with fidelity and authenticity) is meant to be a “safe place” for people of all walks—that is at least the intention. But there are many cases where a part contaminates the body, and the result is a fractured community. Personally, I have experienced this directly and indirectly, and it sucks. It’s like I said before: you can know a person, more than an institution. So, when a solitary individual impacts your walk with God, the ultimate conclusion is often the nuclear option.

What bothers me is that people are willing to seek out friendship after being burned (most of the time), knowing full well that they can be betrayed again and again. Yet, for some reason, seeking the same kind of community (of the Christian variant) seems off limits. And perhaps this is because the influence of religion impacts the community with a farther reaching existential consequence. But, I would argue, a marriage, a relationship, a place of employment, an institution or heritage society, holds just as much existential weight. (Especially if one is “non-religious.”) As someone who has been there and been hurt by people that you are meant to trust, I would argue that if we are to be like Jesus then we should accept and understand the same pain that Jesus experienced. After all, the Church (as in the entire population of “believers” in any given context) is fundamentally flawed. The people who take part in it are there because they have arrived at the conclusion that they “need help.” To close off communion with these people, for any reason, is counterintuitive. If one is a part that makes up a whole, if too many “parts” abandon the “whole”, what remains will be worse than when it started.

Buying guitars can be an exemplary exercise in racism.

The manufacturing of instruments has changed over the past 100 years as pertains to guitars (especially electric guitars). The building of a guitar is an art form, just like any other work of craftsmanship. However, with the advent of technology that was influenced by the “assembly line” techniques that enhance production, there is now an awkward intermediate point in which we find ourselves in. A guitar can be built in the United States and Indonesia, using the exact same equipment, but the Indonesian variant is considered “inferior” because it was made overseas with cheap labor.

I am guilty of this perception. What has changed me from thinking this way is by watching members of the music community invest large amounts of startup capital into overseas development of electric guitars. Solar Guitars is a great example of this. The emphasis on affordable instruments balanced with an intentional insistence on quality workmanship, seems to strike a very equitable middle ground. Not only this, but the work provides jobs and labor to people across the world that might not otherwise have a means to survive. So, in a way, buying guitars made overseas would constitute an act of charity, if anything. I myself have an eye on this one. It’s soo dope! 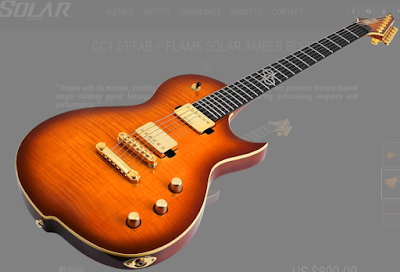 What would it be like to be two lawyers married to each other?

This is something that comes from my talks with clients at my job, which you would think would provide me  with stories aplenty, but this is not the case. The cinematic universe we see ourselves in, is woefully deficient of hijinks and hullabaloo.

However I was speaking with a customer and found out that they were conducting business as two lawyers, married. This I thought was fucking hysterical. I immediately imagined tense dining room encounters, sweat percolating on each other’s’ brow, embroiled in passive-aggressive cross examination while the children played with dinosaur chicken nuggets, benignly unaware.

Posted by StuartTheAuthor at 9:09 PM No comments: