Talking with My Dad about Fact-Checking

The other day I was emailing my dad an article that The New York Times put out which fact checked the final presidential debate from this past week. My dad's response, was more or less what I expected:

The NY Times is long known to be a left of center publication.  Hence their reporting reflects their acknowledged philosophic points of view.  The Times “fact checkers" are only preaching to the choir. The “fact checkers” are hired by the Times.  Would these folks opine contrary to the Times editorial board and expect to remain employed?  Do you actually believe the Times would publish opinions that are not congruent with the established editorial opinions of the paper?  It would be the similar if I sent you an article from the “Federalist” or from Fox News.  Both data sources have an ax to grind.

My dad is very conservative, having been a devotee of Rush Limbaugh and Dr. James Dobson for most of his adult life, although the above was much softer than his usual assessment of the current political climate. What I found interesting was his position: the relationship between a paper's policy bias and its inherent "truthfulness" changes depending on the observer's own political alignment. Someone who is "liberal" would praise the Times for its desire to "uncover the truth;" whereas, someone who is "conservative" would cynically claim that the fact checkers were hired in bad faith. (I mention these in quotes to emphasize the relative absurdity each designation has attracted over the past few decades.) Of course, the reality is somewhere in the middling grayness. For instance, I would opine that most of what Fox News puts out on their network are news stories with an original spirit of truth, but filtered through a lens that confirms the biases of their viewership. The original story may actually be factual, but the interpretation detracts from the "truthfulness" of the presented story, to such a degree that the final result is no longer true. I think this goes the same for other news outlets on the left side of the isle, though to a lesser degree. In this instance, the final story still retains the original "truthfulness," but now is veneered with a layer of interpretation that deviates from the original meaning of the story.

To illustrate the ways this can happen, I have prepared an example meant to be an objective description (hypothetical of course) of events. (Remember though, true objectivity is impossible, regardless of viewpoint.)

Today, at 5pm, a protest occurred in downtown Los Angeles. Joe Smith, Professor of Black Studies at UCLA, organized the event to bring awareness to a recent event where Black suspects were detained and suffered injuries. After 2 hours, a fight broke out between protestors and counter-protestors. The police were called in response leading to the arrests of 3 protestors and 2 counter-protestors.

Typically, journalism reports the above and adds subsequent commentary to interpret the event. So a Fox News newscaster may include additional commentary on top of Statement A to create an entirely new Statement B:

Today, at 5pm, a student protest occurred in downtown Los Angeles. Joe Smith, Professor of Black Studies at UCLA, organized the event to bring awareness to a recent event where Black suspects were detained after resisting arrest and suffered injuries. After 2 hours of what local business owners described as complete chaos, a fight broke out between protestors and counter-protestors wearing MAGA campaign clothing. The police were called in response leading to the arrests of 3 protestors and 2 injured counter-protestors.

The same kind of additions can be added for a left leaning message:

Today, at 5pm, a protest occurred in downtown Los Angeles at Bunker Hill. Joe Smith, Pulitzer Prize winning professor of Black Studies at UCLA, organized the event to bring awareness to a recent event where Black suspects were unlawfully detained and suffered injuries. After 2 hours of peaceful demonstrations, a fight broke out between protestors and armed counter-protestors. The police were called in response leading to the arrests of 3 protestors and 2 counter-protestors charged with intimidation and brandishing a deadly weapon.

The additional details highlight the location of the protests taking place in a cultural center of downtown Los Angeles. The organizer, Joe Smith, is given credibility with his past achievements. Adding that the suspects were "unlawfully" detained suggests systemic injustice in some form contributed to the circumstances surrounding the arrest. The quality of the demonstrations as "peaceful," gives sympathy to the protestors, who are threatened with violence by "armed" counter-protestors. The final detail of the 2 counter-protestors being "charged with intimidation and brandishing a deadly weapon" further indemnifies the actions of the original protestors.

So, yeah, subjective statements are fucked up. 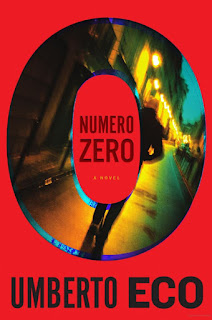 Given the above, we have only looked at statements, and how objective data can be modified with commentary to create a subjective message. But this kind of influencing can go to additional lengths to influence the subconscious of the subscriber. The curating of related and unrelated stories in a segmentation of news media can add an additional "metastory" on top of everything that then further tints the overall interpretation of all events in the given time frame. Depending on the publication's perceived audience, the metastory will adhere to a particular philosophy, the objective to confirm the bias of the readership. Late author and semioticist, Umberto Eco describes this in his satirical novel Numero Zero, which analyzes the underlying methodology of tabloid media (which in this case, concerns the various regional conflicts and cultural eccentricities of Italy in the early nineties):

"I know it's commonly said that if a labourer attacks a fellow worker, then the newspapers say where he comes from if he's a southerner but not if he comes from the north. Alright, that's racism. But imagine a page on which a laborer from Cuneo, etc. etc., a pensioner from Mestre kills his wife, a newsagent from Bologna commits suicide, a builder from Genoa signs a bogus cheque. What interest is that to readers in the areas where these people were born? Whereas if we are talking about a laborer from Calabria, A pensioners from Matera, a newsagent from Foggia and a builder from Palermo, then it creates concern about criminals coming up from the south, and this makes news..." pg. 46-47

So the idea Eco summarizes (from the point of view of Simei, the Editor-in-Chief of the fictional magazine, Domani) is that, if a newspaper advocates for a specific philosophy, there are ways to use objective data to make a subjective meta-statement that will guide the reader to a specific conclusion. For instance, Fox News might report three of the following (hypothetical) stories in a 24 hour news cycle:

The fictional stories above, when viewed separately, are entirely unrelated. Their objective descriptions are, also, fairly innocuous (other than #2). The curation of the stories is, by no means, an accident however. Even when read separately, a Fox News subscriber can draw a number of conclusions from each story:
And from these conclusions, the subscriber infers a larger metastory, with greater implications to the news conscious population as a whole: "Hillary Clinton is a corrupt politician, trying to cover up a scandal that involves foreign companies, and Barak Obama endorses/is aware of/is complicit in/benefits from it." And, so, the final story is a work of fiction, synthesized from objectively factual data. Therefore, even innocuous stories can contribute to misinformation. Eco describes a similar effect in an essay that was delivered to the Associazione Italiana di Semiotica in 2009, titled Censorship and Silence. Specifically he states that the OVERsaturation of meaningless information can crowd larger conversations, or direct attention away from other potential scandals. Boris Johnson appeared to be doing this in June of 2019 when he shared some interesting personal hobbies, which some speculated to be attempts at disrupting Google search results.
But, getting back to original matter though, concerning my dad and his statement about fact-checkers and confirmation bias. All I can say is that, despite the addition of color commentary, the original event or detail depicted in a news story still must remain objective. "Obama was the 44th president of the United States," is an objective fact. "Christmas Day will be Friday, December 25th in the year 2020," is an objective fact. To say that fact-checkers are biased is a difficult proposition. This is because we live in an ecosystem of independent bodies that can verify the truth independent of a "fact-checker" by referring to a primary source (poll, dataset, audio/written/photographic testimony, etc.).  Therefore, if a single fact-checker reports something incorrect, there are another ninety-nine available to dispute the claim. This is how peer-reviewed academic journals function. And the process by which they operate have given us countless advances in modern science and medicine. To reject objective, independently verified data is a problem because the validity of data is independent of subjectivity. If the data hurts the observers' feelings, then that is not a weakness of data, that is a weakness of the observer. In the end, it's fundamentally an act of weakness and cowardice that not only endangers the individual, but endangers the safety of those within the individual's sphere of influence.
So I will just say that, yes, it is true that bias exists within the news continuity. That is unavoidable. However, rather than dismiss bias, it is better (actually) to accommodate for it. When it is accepted that bias exists in the wild, and that it can be dissected and explained, there is greater benefit for everyone. Seeking the historical and cultural origin of various flavors bias helps explain why someone in a population might think a certain way. The faith one puts in bias helps us be aware of how information could be corrupted in transmission via wishful thinking. Most important, accepting the risk of bias forces observers and listeners to be held accountable for the dissemination of false information.
If we can't accept that responsibility, then we might as well just embrace the middling death of democracy and spirited debate.
Posted by StuartTheAuthor at 9:29 PM