I'm Not a Woman, But Can I Write About Them?

My second book happens to be the first one that will feature a “female” protagonist / antagonist. She isn’t really a woman, but an AI. Still she is supposed to largely reflect what a woman is and what women value. I’ve written before on the difficulty in creating authentic women characters. Frankly, I don’t know how other great authors like Stephen King and Neil Gaiman have done it. Traversing the gender gap, is something I, personally, think is impossible. Rather, we can get close to the other side, maybe within the casting of stones. Who knows? The future holds many possibilities.

I’m sure people have written about this before. There’s no reason to reinvent the wheel. Women are physiologically different from men and possess abilities that men can never realize. Social history aside, if we look at the here and now, women are doing things today that have never been done before. Currently, Hilary Clinton is running for president, something that 100 years ago was a laughable prospect among the American people. It’s a struggle for me to take that history and experience, the many thousands of years of anthropology, and condense that into a blog post. My meager thoughts on writing them are below.

I’m a big fan when it comes to animated sitcoms. Despite the cliché of the stay-at-home mom, or in the case of King of the Hill, a secondary earner, the women here server a role as a foil of the men. Even though Homer Simpson, Hank Hill, and, only recently, Jerry Smith, have many layers to their characterization, these men are undermined by their stupidity, which is mostly benign, if not occasionally selfish. I think men are pressured to be alphas, or various manifestations of masculine archetypes. Their decisions are made impulsively, citing a certain male intuition that is mostly wrong and self-centered. The women often clean up the resulting and inevitable mess. Why this is the default mode of writing males I can reasonably infer, but how the women act in return I find more interesting. 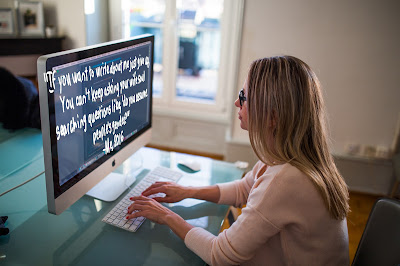 When I was writing about Mòr in Spirit of Orn, I tried to imagine what it would be like to have a sister. I grew up only with my brother, but in the families that I interacted with I noticed that older sisters tended to be those that people would go to for wisdom or insight. During adolescence, that relationship would become strained with sexual tension and infighting, resolving to a common understanding with mutual affection. (This is in the case of an older sister with a younger brother.) Conversely, in the relationship between a younger sister and an older brother is more martial, with the older brother protecting the younger sister, or feeling concerned for their wellbeing either implicitly or explicitly. In Spirit of Orn, Mòr is Conn’s younger sister. She is an aunt despite being of similar age to Conn’s son. She takes care of Conn and looks out for him in the midst of his grieving for his recently departed wife. The age gaps between each of the characters are far and wide, eschewing the nuclear family model for a non-conventional look of a family dynamic. Spirit of Orn was my first book, so I’m not surprised that my own characters were fraught with this kind of dysfunction. It likely mirrored my own angst I felt towards my family.

I wrote Mòr in a detached way. She is attempting to grieve in her own way and, in doing so, accepts the religion of the people in Orn. She also is firm in her believe that she can take care of Conn, only Conn can only fix himself and come to that conclusion on his own. I felt that Mòr also had her own sexual identity, not conforming to the mores of Skara Brae (which, at the time I wrote Spirit of Orn, were cavalier and hedonistic). She was very independent, trying to prove herself as a child, but also gave up those desires when she accepted the Orn religion because she no longer needed to. I feel that most women in literature are trying to prove themselves (as men also do). But this might be juxtaposing my own masculinity onto female characters.

The difficulty with my latest book is that my main protagonist is an outsider looking in. She chooses to be a woman. (Artificially intelligent machines are not organic and therefore have no gender.) She also chooses her own appearance, a scene that I am writing currently that I’ve labored over for the last month or so. The only experience I can relate to in designing a character from an outsider’s perspective is creating a character in a video game, an experience that is shallow and self-serving most of the time. My character will be doing what no one has done yet: embrace that identity permanently and decisively, while taking with her, the emotional and mental expectations of donning that persona. It makes me wonder if that is what a person undergoing sexual reassignment goes through. Honestly, my guess is limited by third hand knowledge.

I’m hoping though that the experiment bares good fruit. I want to continue to challenge myself as a writer. Expanding my written vocabulary and ability to describe gender are all on my list of things to grow in this year.  We’ll see what happens. There’s only 2 more left!

XOX
Posted by StuartTheAuthor at 5:22 PM