I've had various drafts of this blog come and go. What is here now seems the best possible iteration of the past couple months. I think what impressed me to write was the fact that I thought being in a scenario like this wouldn't happen. That I didn't "have a problem." That only washed up detectives and coked up movie stars struggled with the temptations. And while I am planning to have a beer at Christmas, it seems that I may never drink again, if my current disenchantment endures.

I made the decision to stop drinking about a month ago, which seems appropriate given the current, insufferable socio-political climate. It's very strange, to think that my 20s was a marathon of unrelenting alcohol consumption. (Never all at once, just a slow burn.) Even stranger, that the majority of my life was spent NOT drinking beer and wine and Moscow Mules and whiskey and scotch, and whatever else can be fermented into ethanol. I remember, fondly, going to the local independent supermarket where I grew up, gift certificate in hand, when I would buy a 2 liter of A&W Cream Soda and an oversized jar of kosher dill pickles. Back then, that was enough. Why isn't it anymore? 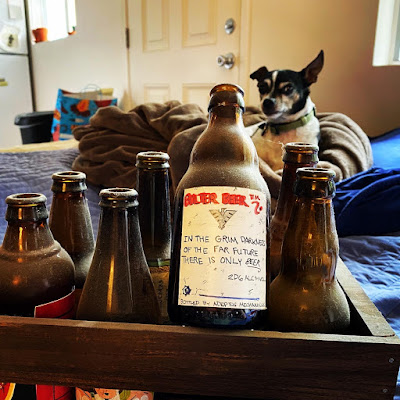 After I turned 21, it was a fashionable thing to go to local gastropubs and sample the available stock. I never racked up any credit card debt doing so, but I went enough to realize that the super markets had a much better going rate. When I worked for Stone Brewing Company, beer became free over night, which was fortunate given that large quantities were necessary to cope with working 9 hour shifts, 6 days a week in wretched conditions without worker representation. But even outside of work—at church, at home—drinking was a cultural exercise. And, I was very... cultured.

The turning point was when I realized the rate at which I was drinking. I was having about three six packs per week, usually 2-3 beers per night. Pouring the beer was like measuring out NyQuil into a thimble. I would tell myself that I was just making sure that the beer wasn't over-agitated, but to the person outside of my window I was like a mad scientist. I could see what I was doing and it didn't sit well with me. Then, I had the realization that our fridge was never without at least one beer—I couldn't place a time when it wasn't. Most important, the stress wasn't going away and the beer was no longer relieving it, even when knocking down a 6 pack of Enjoy-By IPA. At this point, I don't even think my medication was working anymore.

Of course, it's now September (ish). I'm addicted to sugar free soda as a replacement, but, you know, pick your battles. At least I lost about 15 pounds in two weeks after making the transition! 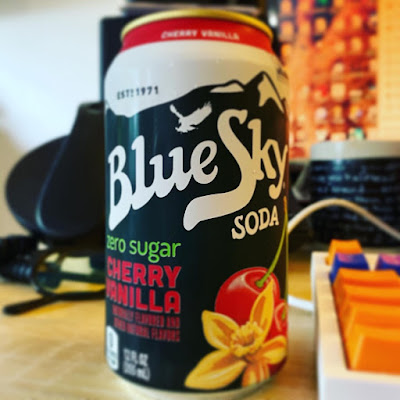 Anyways... enough about me. I have a couple updates!

I can say with modest certainty that my newest book should be ready for printing around Christmas time. My wife is making good progress on draft 3, which is encouraging. Usually that indicates positive things: plot is cohesive, fewer grammatical and structural errors, and good pacing. Additionally, the cover art I received back from the artist my designer picked will look incredible. God, it will look so dope!

Also, if any of you are interested in pre-ordering the book, please let me know. I'm planning on ordering about a 100 copies. Cost will most likely be $30, plus $4 shipping. Of course, each will be signed by yours truly!

Thanks for hanging in there for a substantial update on my part! Love you guys!

Posted by StuartTheAuthor at 10:51 AM